Child custody cases that are filed when the parents are unmarried are called a paternity case and unlike a divorce case, the case file is not part of the public record. Paternity is when a man has been legally determined to be the father of a child, or children, and therefore entitled to file for child custody, visitation, and possibly child support, under California State Law.

Paternity can be established in a number of ways, including: 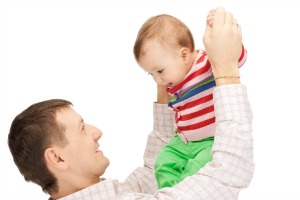 Unfortunately sometimes the mother of the child either does not know, or refuses to name the father of the child (or even in some cases names the wrong man as the child's father). If a man suspects he is the father and wishes to accept full responsibility for the parentage of the child, then he should file a Petition to Establish Parental Relationship. This will open up a case in which the court will legally make a ruling, based on evidence presented during the case, as to the parentage of the child. If the Petitioner is determined to be the father, then the court may also make rulings as to child custody, visitation, and child support.

Establishing parentage is a very important issue not only for the child but both parents and it should not be taken lightly. Once parentage has been legally established, it usually cannot be undone and you will be held responsible for the child even if DNA evidence later proves that genetically you are not the father.

If you feel you have a paternity case and would like the advice of one of the professional attorneys at Richard Ross Associates, contact our office today and we'll be happy to schedule you a consultation.