Divorces are difficult for everyone involved; tensions and hurt feelings can often run high. It's during this time that revenge or payback on an ex-spouse may be tempting and if you own a business together, you may consider allowing the business to fail or even close. This idea is not only a bad one, but could considerably damage your case. 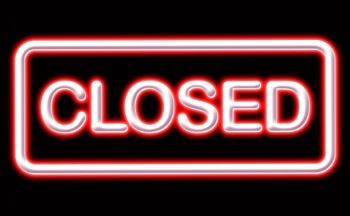 To begin with, spouses have a fiduciary duty to one another and taking actions to negatively financially impact your ex-spouse could certainly put you in a negative light before the judge. Let's say you own a cupcake shop and as of the date of separation the business was valued at approximately $1 million. If by the time of trial the spouse who has been running the business tries to claim the value of the business is closer to $500,ooo because business has been slow (when in reality they didn't so up to work, kept the business closed, didn't order ingredients to make cupcakes, etc,), yet all of the other cupcake shops in the area have doubled their business, this would be seen as a red flag. At this point the judge could decide to use the $1 million dollar valuation for the business when dividing the assets, and the controlling spouse would be responsible for buying out the other spouse out at that amount, while the actual current value of the business is much lower. Not to mention, the business is now making less month - how is the controlling spouse going to be able to afford a buy out? I think it's safe to saw that intentionally damaging the family business is a bad idea, right?

Now let's look at another scenario. Let's say you and your spouse have the same cupcake shop, valued at $1 million as of the date of separation. Your ex-spouse decides to completely leave the business in your hands and accepts a high paying job. Rather than exact revenge as in scenarion #1 (not recommended!), you decide to double down on your efforts, put more time into the business and as a result at the the time of the trial, the business is valued at $1.5 million. Your ex-spouse may try to use the $1.5 million valuation when dividing assets and calculating a buy out, but a good argument can be made that the valuation as of the date of separation ($1 million) should be used and that your ex-spouse contributed in no way to the growth of the business.

What do both scenario #1 and scenarion #2 have in common? In both examples it's absolutely necessary to have an experienced lawyer, like those at Richard Ross Associates, on your team to help you avoid scenario #1 and make sure you're well represented in scenario #2!

Whether your business is a $1 million cupcake shop, much smaller, or much larger, meeting with a qualified family law lawyer to discuss your rights is highly recommended! Contact our office today for more information.