Generally during the divorce process the community assets are on of the first things to be identified and later divided, but what happens if there are any debts?

In cases where one party is awarded an asset with a debt still encumbered (such as the family residence or an automobile), the party who is awarded the asset will usually be responsible for the attached debts. When one party's income far exceeds the other's, that party may be held responsible for paying all of the debts, even those on assets awarded to the other party, but this is rare.

Other debts, such as credit cards and personal loans, are handled a bit differently. California is a community property state, but could also be called a community debt state. Simply put, any debts acquired during the marriage are community and both parties are responsible for them. 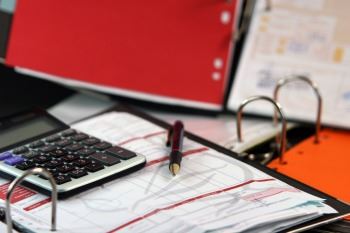 As with everything else, there are some exceptions to this rule. If a party can prove that the debts incurred were not for the benefit of the community, then a judge may award those debts to be solely the responsibility of the party who incurred them. An example of this kind of debt might be if one party had a shopping habit and as a result incurred a lot of debt. If the items that were purchased only benefited one person, a good argument could be made that that person should be responsible for the debt. If one party primarily did the home shopping, purchasing groceries and household goods, this person should not be solely responsible for the debts as these items were for the benefit of the community.

Since most debt is tied to the personal credit of each party, distributing the responsibility of the debt should be a priority during a divorce. Just because a judge has awarded a debt to one party doesn't mean that the other party wouldn't receive a hit on their credit if the first party failed to pay the debt. Careful consideration for how and when the debts are paid must be made and an experienced family law attorney can help ensure an adequate settlement is made.

For more information on the division of debts after a marriage, contact Richard Ross Associates. With offices located in Westlake Village, Woodland Hills and Oxnard, we are conveniently located to serve clients in both Los Angeles and Ventura Counties.